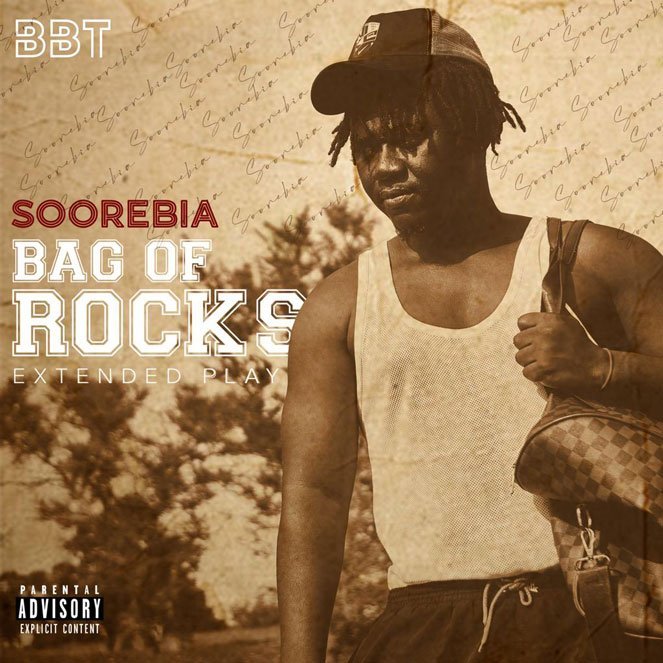 Bag of Rocks, Soorebia’s debut album, is a dedication to form. It is a unique project conceived and shaped by hurdles as he navigates his way up to stardom. The album is an ode to his birth city and mirrors the diversity of culture and artforms that shaped his worldview and the variety of genres he dabbles.

Think of Bag of Rocks as a sealed bag containing minerals of a different kind, each with its unique richness. For Soorebia, the album is a collection of moods that he dealt with while recording the album. “After winning the Next Rated Act at the 2020 edition of 3Music Awards, there was a lot of expectations from my fans and friends to breakthrough, and that never happened. Although COVID affected the industry so much then, I still felt I could not use the award to propel myself because of the limited financial muzzle. So, I began blaming everything on money that was when I wrote the verses for monopoly”. This Soorebia was revealed during his Album listening. Monopoly is a dancehall jam, where Soorebia turned his emotions to music speaking to the money and wealth as power distributors, which shapes the success of people in society to a more significant extent.

There is no emotion without love, and I’m Ready with One Nira is an appreciation of the friends and loved ones who stuck by him through thick and thin. His storytelling ability that weaves in the sultry vocals of One Nira on the hook establishes the work as not just an album but a life at play.

Through ebbs and flow performance on an Afro-Trap beat by long-time in-house producer AzkonnBeatz, Soorebia talks about nightlife and the vibe that comes to light when he is with his clique in Voole. AzkonnaBeatz magically infused traditional African two-stringed guitar, referred to as Kologo in Local parlance, into Hip Hop sub-genre Trap beats. But the magic did not end with Voole. In Feeling, AzkonnaBeatz repeats a similar algorithm. This time, Brooklyn Inspired Drill beats, thereby pioneering new sub-genres as Afro-Trap/Afro-Drill. “Feeling” is a celebration of emotional and mental vitality.

In this project, Soorebia is selfless in recording an album that does not target just one set of his fanbase as rap heads who want it. “There is a rock for everyone”, he said when asked about the type of music the album is made of.

In celebrative moods, Soorebia shares a toast to life with the young, celebrated Rapper/Singer Fad in One Toast. The song sees Soorebia looking back at life whilst being optimistic about the success that awaits him. “I have been there and done that, like a wheel on the street I still run that, all day all night not redundant, it’s rampant, I work till I need me an accountant.”. This lyric portrays Soorebia’s current mindset as he continues his career. In this song, he goes spiritual, leaning to God to do the rest.

On track 6 tilted Star, Soorebia decided to go south, not figuratively, but literally as he hops on South Africa bread Amapiono music. In this song, Soorebia delivers about 90 percent in Frafra, a Ghanaian language. In fact, some historians trace the origin of the Frafra people to South Africa. Cultural Similarities such as tone of language, traditional hunting, and funeral practices have been cited by some historians as what connects the two cultures. Star, therefore, fits perfectly into a typical Amapiono music although the song contains elements of Afrobeats.

The Album can also be perceived as an ode to his birthplace, and this is manifested in track 7 All Yours. Performed on traditional Kololgo rhythms, Soorebia sums up the important theme of the Album in this love song.

The choice of songs in this album departs from Soorebia’ s typical aggressive rap that he is known for. But this did not come as a surprise as he has experimented with several genres and styles over the years. It also fits perfectly into the story told in the album and matches the diversity of cultures and experiences he has had growing up. The richness of the sound, its representation of Africa, and the sonic quality are a mark of maturity and investment that Soorebia and AzkonnaBeatz have witnessed over the years. Bag of Rocks is an essential album for the growing Ghanaian/African Music and a true sound of Africa for the continent and global audience.

All in one link; https://hypeddit.com/soorebia/bagofrocks 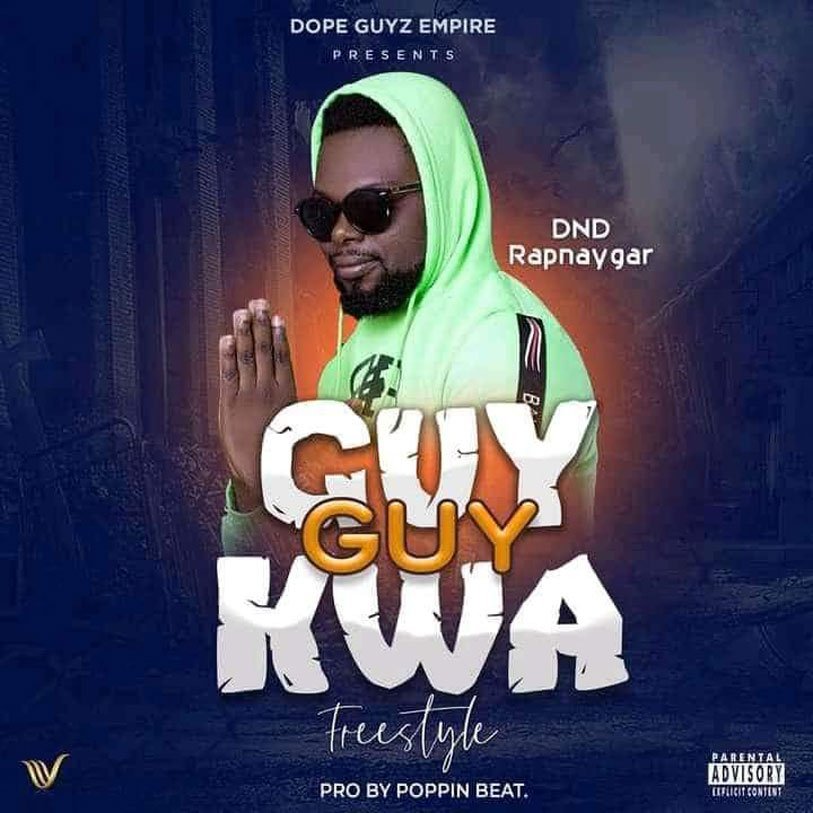 The legendary Ntown based rapper this time decided to go more viby and stylish on a quality produced drill beat.

The rapper addressed a wide range of issues ranging from personal matters to the music business. He uses this piece to respond to the numerous attacks and showbiz politics against him.

This freestyle which is entitled Guy Guy Kwa Is characterised by a high sense of lyrical dexterity coupled with a few bars and damaging punches, also, it is driven by a catchy hook, and its produced by Poppin Beat. He by this freestyle re-emphasized his supremacy in the rap fraternity and also state the fact that he is one huge pioneer and the main face of KN rap.

This song may be seen as being controversial, as there are a few stray bullets that need to be decoded. In fact, this is a must-listen song. Stream this song and get yourself entertained. 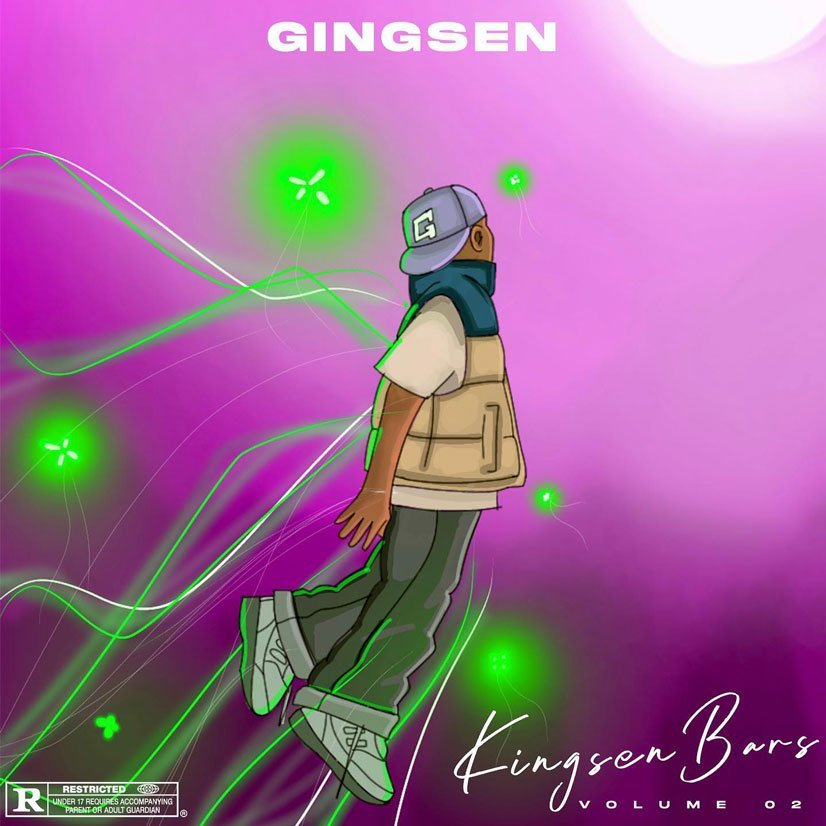 Dj Gizy continues to excite music lovers. What happens when three of the finest creatives combine forces? Nothing short of a thrill.

One of Upper East Region’s finest Deejays, Dj Gizy has released a lovely tune as part of his birthday celebrations. The song features Stew Gang’s Boss Teflon Flexx, and the man with the Northern Melodies, Mani Mandela. Titled My Love, it chronicles the desire to formerly win over a beautiful damsel. Performed in English & Buli, the two featured artistes present their wow sides to to compliment rhythmic and throbbing instrumentals.

Despite being frontiers of the new generation of Builsa born musicians, this is the first time they appear on a song together.

Teflonn Flexx & Mani Mandela are perceived to have an unhealthy relationship, this feature by Dj Gizy could break the ice. Whatever was thought to exist is now diffused.